What is the annual turnover of forex market? 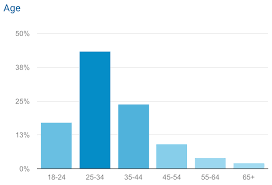 Many people related to the Forex market are interested in this topic. The forex market is one of the largest trading platforms. Each day thousands of people make huge amounts of profit via Forex. Let us explain in this article the annual turnover of the Forex market.

Forex market transactions reached US $ 6.6 trillion per day in April 2019, up from the US $ 5.1 trillion three years ago. Forex derivatives, especially forex swaps, are growing faster than spot contracts.

The US dollar accounted for 88% of all transactions and maintained its position as a major currency. On the one hand, the share of trade transactions with the euro rose slightly to 32%. In contrast, the Japanese yen’s trade share fell by about 5 percentage points, while the yen was the third most traded currency.

Turnover by currency and currency pair

The US dollar was still the world’s leading vehicle currency. It was on one side in 88% of all transactions in April. The relative rankings of the following seven most liquid currencies have not changed since 2016. The global share of emerging market currencies increased by approximately 4 percentage points to 25 percent of total foreign exchange trading volume in April 2019, continuing the trend observed in previous surveys.

Sales in the euro, the world’s second-largest currency, increased slightly above the market, with the share of world trade rising only 32%. This reflects growth in the market for EUR / JPY and EUR / CHF transactions.

Turnover by instrument and maturity

Meanwhile, currency swaps and futures trading have gained market share. Forex swap trading volume, the most traded means used by market participants primarily to manage liquidity and hedge currency risk, has increased by more than a third to $ 3.2 trillion a day. Accounts for almost half of the world’s forex trading.

Inter-dealer transactions have not kept pace with overall market growth, with inter-dealer transactions below 40% of total FX market sales in April 2019. In 2016, inter-dealer spot sales decreased slightly, but inter-dealer sales for FX swaps, outright forwards, and currency swaps increased significantly. Transactions by reporting traders with “other financial institutions” in the category, including unreported banks, hedge funds, PTFs, institutional investors, and public financial institutions, have increased significantly since 2016. In April 2019, it reached $ 3.6 trillion per day or 55%.

For this turnover report, sales are defined as the total amount of all new transactions entered that month (regardless of whether settlement occurred during the period) and as the notional or notional principal of the contract. This information is helpful to the institutional and professional-grade traders who base their strategy based on these turnover findings. Here is an interesting article for our readers; eagle fx minimum deposit.