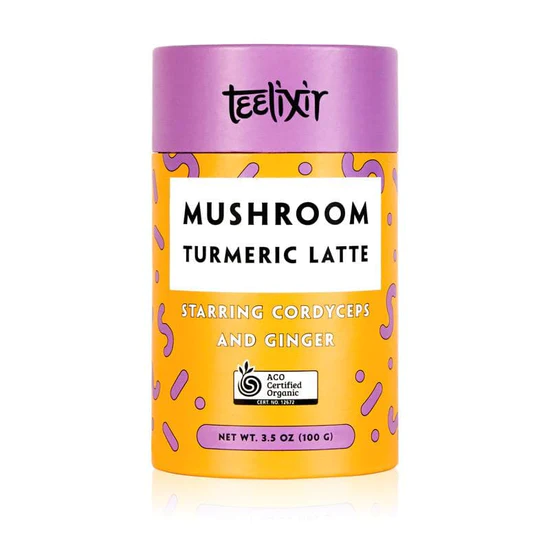 The best ingredient in food trends is turmeric. This medicinal spice’s sudden rise in popularity has made it a fad, especially among health nuts who have made turmeric latte powder their new favourite replacement for classic drinks like cappuccinos, lattes, and tea. This calcium-rich health drink, made from a combination of toned milk, turmeric, and freshly chopped cashews and almonds, has a wealth of health advantages. The following are some of the main health advantages of golden milk:

The respiratory tract becomes infected by microbes, which cause cold or flu symptoms and other respiratory issues such as sinus, asthma, and lung congestion. The antiviral and anti-inflammatory qualities of the turmeric in this golden milk make it the most effective treatment for flu symptoms or respiratory illness. Before bed, a warm glass of turmeric milk also helps stop nighttime coughing and promotes sound sleep. It is one of the best natural alternatives to the flu, cough and cold medications, and other cough and cold cures.

Traditional pain treatment is turmeric milk. Studies have demonstrated that curcumin, the active component, can block inflammatory pathways, including COX2 and 5-LOX, reducing pain and swelling, particularly in people with osteoarthritis, rheumatoid arthritis, and joint discomfort. The curcuminoids in turmeric, as opposed to NSAIDs and analgesics, naturally relieve inflammation without endangering the kidney or liver.

The anti-inflammatory and antibacterial properties of the spice, with a hint of mustard, assist in lessening skin redness and irritations, as well as acne and blemishes. Turmeric’s antioxidant properties aid in the fight against free radicals, which can lead to skin damage, early ageing, acne, skin cancer, and other problems. Regular use of golden milk gives you bright skin.

Cancer patients may benefit greatly from turmeric. The active component of turmeric, curcumin, has incredible healing qualities. Studies and research have shown that this wonder spice is a potent antioxidant that aids in the defense against free radicals known to cause cancer and prevents tumour cell growth.

Improving immunity is one of the most notable advantages of turmeric latte mix. Its anti-inflammatory, antioxidant, and anti-microbial qualities support the body’s immune system by enhancing its natural defense against pathogen-causing viruses and bacteria.

How Do You Make it?

Both have extraordinary qualities that are beneficial to health. Warm milk is used to prepare the turmeric milk, and turmeric powder is added. Black pepper can be included as well to improve the flavour.

Turmeric, ginger, cinnamon, and other spices make the turmeric latte. It is enhancing its nutritional advantages even further.

The Turmeric latte is healthier than Turmeric milk due to the difference in the spices used in the two beverages. It is a remarkably healthy substitute for the common unhealthy drinks like coffee or tea that you are forced to consume as part of your regular diet. You may be drinking those unhealthy things because you find them appealing.

However, now that you know the numerous turmeric lattes benefits of this easy recipe, you may try it and escape caffeine’s grip.